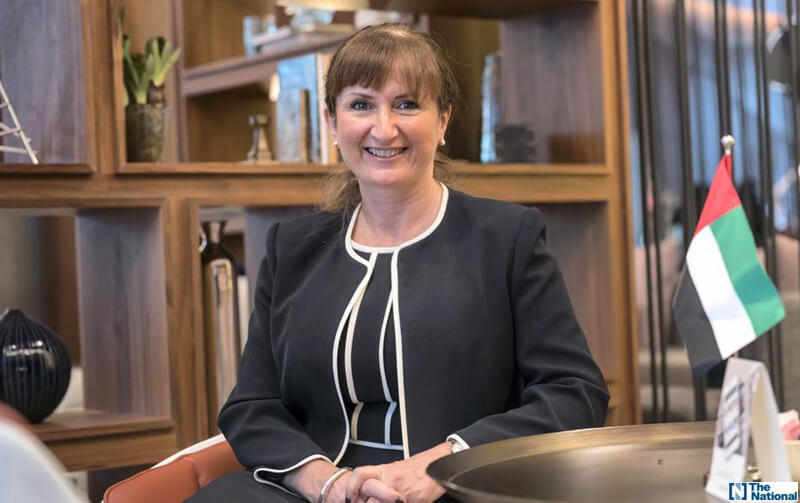 UAE: British boarding schools are seeing increasing interest for places from families in the UAE as parents seek educational stability for their children and take advantage of favourable exchange rates.

One school in Scotland has seen applications for places treble in the past year as more parents look to send their children overseas from the UAE to be educated.

Transient teaching staff in the UAE and changes to the curriculum in the UK that have not been replicated at British schools overseas are some of the reasons behind the trend, according to Elaine Logan.

Other parents are looking for better value and looking to take advantage of favourable exchange rates.

Mrs Logan is the first female head of the co-ed Glenalmond College, and visited the UAE this week to meet parents interested in sending their children to the Perthshire school. It currently has 392 pupils.

“Across the region more parents and families are now looking to send their children to boarding schools in the UK rather than America,” she said.

“This is partly, we believe, due to the effect of the Trump presidency and uncertainty there.

“Britain is seen as a safer and more stable environment, and we have seen enquiries from the UAE triple in the past year.

“The expatriate community in the UAE is considering issues around education here, such as the high turnaround of teachers, and those parents want more continuity in their child’s education.

“Three years ago we had no pupils at all from the Middle East, now we have pupils from Dubai, UAE nationals and British, and others from Bahrain.” 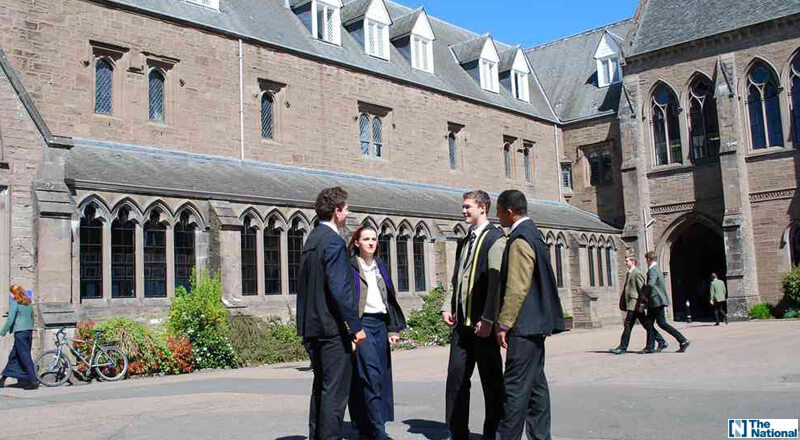 At Dh170,000 a year, boarding fees and 24-hour care are not cheap at the college set in 300 acres of Scottish countryside, but Mrs Logan insists they offer value when compared with the most expensive UAE schools.

The North London Collegiate School in Nad Al Sheba, Dubai charges a top rate of Dh130,000 for pupils, and is one of the most expensive in the UAE.

Figures released by HSBC bank showed parents in the UAE are the second highest spenders on a child’s education globally.

From primary school to undergraduate, parents can expect to spend an average of Dh364,899 according to HSBC’s annual report Value of Education 2017: Higher and Higher.

The UAE is only trumped by Hong Kong, where parents can expect to pay out Dh485,540 for schooling.

Glenalmond is historically popular with European and Far East markets, but is witnessing growing interest from parents based in the UAE and Saudi Arabia.

“As a group of head teachers in the UK, we are very aware of diversity issues and the teaching of these aspects of modern life within the school curriculum,” said Mrs Logan.

“That is clearly important for some parents so pupils are able to adapt to modern life in the UK and elsewhere once they leave school.”

Where it is not possible for schools in some countries to meet these standards, they will not be formally accredited as a British School Overseas.

“Youngsters need to be aware and tolerant of certain issues that inevitably come up in schools and a modern society,” Mrs Logan said.

“The freedom of expression in the UK is also attractive to parents living elsewhere in the world.”

A recent exhibition held in Dubai, found 60 per cent of visitors were considering the option, about 46 per cent were from British families and the rest made up of 37 different nationalities.

“In the current economic climate families are concerned about job stability which impacts on educational options for their children, particularly to ensure stability of education for GCSE and Sixth Form,” said Sara Sparling, an Anderson Education consultant.

“Families continue to consider the option of a UK boarding school as a stepping stone to university.

“It can help ensure stability of education and support for special educational needs, and more recently parents are taking this option because of negative influences in their teenager’s social life.”

Professor Position on Democracy and Parliamentary Institutions at Université Laval