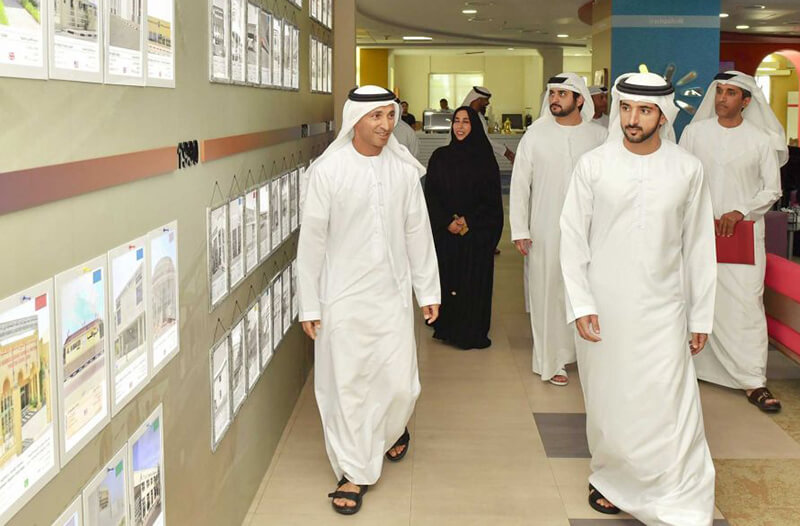 Sheikh Hamdan Bin Mohammed Bin Rashid Al Maktoum, Crown Prince of Dubai, has directed Dubai’s Knowledge and Human Development Authority to draft a plan to increase the enrolment of Emirati students in private schools rated good or better by 100 percent over the next three years.

Sheikh Hamdan’s remarks came after a visit to the KHDA, where he was accompanied by Sheikh Maktoum bin Mohammed bin Rashid Al Maktoum, deputy Ruler of Dubai.

During his visit, Sheikh Hamdan said the UAE leadership is keen on developing a robust educational system to prepare a generation able to compete. He also stressed the importance of improving the quality of education, and establish curriculums that ensure the inclusion of all students regardless of their abilities.

There were 32,103 Emirati students enroled in Dubai private schools during the 2016/17 academic year.

The latest round of inspection reports published in May showed that the percentage of Emirati students attending schools rated good or better has doubled to 54 percent since inspections first began in 2008/09.

The majority of Emirati students (20,197) are enrolled in American curriculum schools, followed by British curriculum, Ministry of Education, IB.

The KHDA has also rolled out the Mohammed Bin Rashid Distinguished Students Programme – a strategic initiative in collaboration with the General Secretariat of the Executive Council and Knowledge Fund.

Over 200 Emirati students benefited from the programme this year and received scholarships to 13 Dubai schools operated by either Taaleem or GEMS Education.

GEMS Education offered 124 places to Emirati students at 10 schools across its network in Dubai, while Taaleem offered 112 places to students across three schools this year.