Dubai schools save over Dh120m in electricity and water: 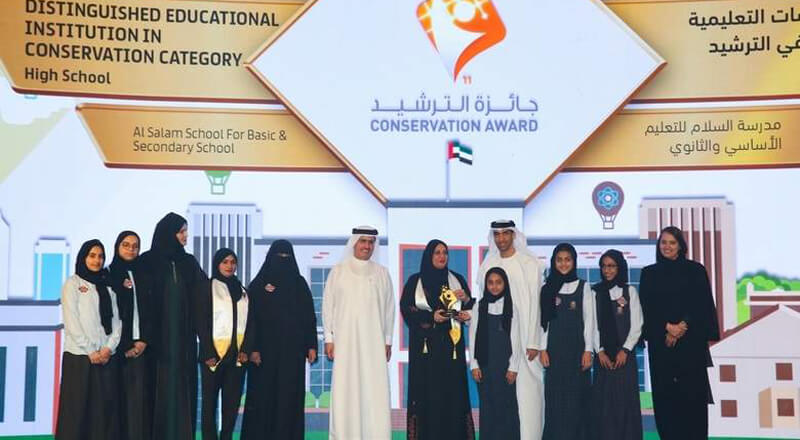 Dubai, UAE: Schools in Dubai helped save over Dh120 million worth of electricity and water for the past nine years, it was announced on Wednesday.

During a ceremony to honour this year’s Conservation Award winners, Dubai Electricity and Water Authority (Dewa) officials said educational institutions help saved over 157GWph and 1.4 billion gallons of water, enough to fill 2,500 Olympic swimming pools since the launch of the award in 2007 until last year.

Last year, schools contributed to saving 23GWph of electricity, over 288 million gallons of water, and over 17,000 tonnes of carbon dioxide emissions, which is equivalent to planting 20,000 trees.

Al Tayer said simple gestures such as turning off the lights before leaving the house, switching off the tap water when not in use and adjusting the air conditioner on 24°Celsius can contribute to saving Dh25 million a year.

Under the theme ‘Together for a Sustainable Future,’ the Conservation Award recognises the education sector’s institutional and individual efforts in reducing electricity and water use for 11 years in collaboration with the Ministry of Education and the Knowledge and Human Development Authority (KHDA).

Al Tayer said that the award is given based on strict technical parameters such as enhancing the efficiency of water and electricity use and retrofitting buildings, in addition to awareness parameters.